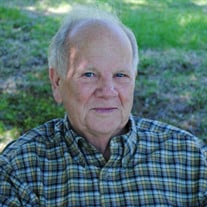 Mr. William Lee “Bill” Lester, 85, of Elberton, Georgia passed away Monday morning, July 14, 2014 at Athens Regional Medical Center in Athens, Georgia. Bill was born on April 10, 1929 to the late Harry Lee and Mamie Lou Seymour Lester, and graduated from Bowman High School in 1947. Bill was married to the love of his life, Betty Herring Lester, for nearly 66 years. He began his career by driving a truck in order to start his own business. Later, he founded Elberton Poultry Company in 1958, which later expanded to be the largest private employer in Elbert County. After retiring from the poultry business in 1985, Mr. Lester purchased LHP Corporation in Hartwell, Georgia and other business endeavors because retirement just wasn’t in his nature. Mr. Lester was a long-time member of First Baptist Church, Elberton and active in his Sunday School class. He enjoyed antique cars and attended many antique car shows all across the Eastern seaboard where he proudly displayed his 1940 Ford Coupe. Mr. Lester was a past-chairman for the Elbert County Republican Party and 10th District Republican Party. He also served as a past-chairman of the Elbert County Chamber of Commerce and was Chairman of the Board of Directors for Granite City Bank. Most recently, in 2013, Mr. Lester was awarded the Ambassador of the Year Award by the Chamber of Commerce for his outstanding service to Elbert County. While Mr. Lester was known in this community for his business ventures, he was perhaps even more well-known and loved for the numerous ways he showed compassion and generosity to this community. Mr. Lester knew the great benefit that comes from a life lived well in service to others. More than any accomplishment that can be listed about Bill Lester, he loved his God and his family the most. Bill is survived by his wife, Betty Herring Lester; his daughter: Sydonna Harden and her husband, Lou; three grandchildren: Michael Rutherford and his wife, Dot, William Rutherford and his wife, Emily, and Gara Andrews and her husband, John. He is also survived by seven great-grandchildren: Chelsea Rutherford, Trey Rutherford, Maddie Rutherford, Reece Rutherford, Aryssa Andrews, Emalise Andrews, and Ian Andrews; his siblings: Betty Carey, Barbara Rice (Ralph), Nanci Ruff (Buddy), and Morris Lester (Linda); and many nieces and nephews. Mr. Lester was preceded in death by his parents and a brother, Larry Lester. A service to celebrate Mr. Lester’s life was held on Wednesday, July 16, 2014 at First Baptist Church, Elberton, with Reverends Gary Purvis and Jay Akin officiating. Visitation for family and friends was on Tuesday evening, July 15, 2014 at Hicks Funeral Home. Interment followed the service at Forest Hills Memorial Park. Contributions may be made in Mr. Lester’s memory to T.J. & Friends Foundation, P.O. Box 6161, Elberton, Georgia 30635, or the Amercian Heart Association, P.O. Box 840692, Dallas, Texas 75284. The family will be at the home of Sydonna and Lou Harden at 1736 Pine Needle Lane, Elberton. You may leave online condolences for the family at www.hicksfuneral.com. Hicks Funeral Home, Elberton is caring for the family of Mr. William Lee “Bill” Lester.

The family of Mr. William "Bill" Lester created this Life Tributes page to make it easy to share your memories.

Send flowers to the Lester family.