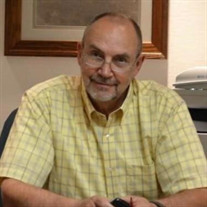 Mr. William M. (Bill) Berryman III, formerly of Elberton, passed away January 21, 2021 in Colorado after a valiant battle with Progressive Bulbar Palsy and ALS. He was born in Jackson, Tennessee on January 26, 1945 to William and Dorothy (Clemmons) Berryman. Bill attended school in Elberton through 11th grade, and then attended Emory at Oxford in Covington his senior year of high school. He went on to Emory University in Atlanta, earning his Bachelor of Science in Geology. Bill later worked towards a doctorate degree at the University of Wyoming. He also received a Fulbright Scholarship to work and do research in Iceland. Bill loved his work and was passionate about geology, consulting with many national and international companies in the oil, gas and geological industries. Over the years he consulted with companies from California, New Mexico, Colorado, Iceland and Russia, providing his geological expertise to the USGS, Texaco Oil, Impel Energy, The Snyder Oil Company, The Colorado School of Mines, and The Vatoil Company in Russia. Other than English, Bill spoke Spanish, Icelandic and Russian. Bill is survived by his wife, Elvera; his daughters: Soley Kanouff and husband Jerry, Ilona Kokorus and Vlad Litvinenko; his son, Evgeny Belyy and fiancé Milady; and his grandchildren: Kiljan and Brynja Kanouff, and Yunna and Arthur Litvinenko. He also leaves behind his beloved mother, Dot Berryman of Elberton; two sisters, Sandy Berryman and Debbie Berryman, also of Elberton; and his brother, Steve Berryman and wife Zelia of Marietta. Bill was preceded in death by his son, Steven K. Berryman, and his father, William M. Berryman Jr. A graveside memorial service to celebrate Bill’s life was held on Saturday, February 13, 2021 at 3:00 p.m. in Forest Hills Memorial Park in Elberton, with Rev. Gary Purvis officiating. Masks and social distancing are encouraged. A memorial service was held on January 29, 2021 in Colorado for family and friends there. The service was recorded and may be viewed at https://youtu.be/4aZLSmAXYQs. Olinger Crown Hill Funeral Home handled the arrangements in Colorado. In lieu of flowers, contributions in Bill’s memory may be made to ALS Association Rocky Mountain Chapter, 10855 Dover St., Suite 500, Westminster, CO 80021, or to the charity of one’s choice. Arrangements here for Mr. William (Bill) Berryman III were in the care of Hicks Funeral Home & Cremation Services of Elberton.

Mr. William M. (Bill) Berryman III, formerly of Elberton, passed away January 21, 2021 in Colorado after a valiant battle with Progressive Bulbar Palsy and ALS. He was born in Jackson, Tennessee on January 26, 1945 to William and Dorothy (Clemmons)... View Obituary & Service Information

The family of Mr. William "Bill" Berryman III created this Life Tributes page to make it easy to share your memories.

Send flowers to the Berryman family.