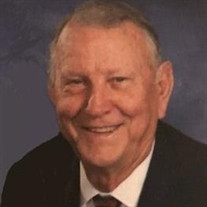 Mr. Walter Chester Webb, Sr., 85, of Elberton, Georgia passed away Wednesday, January 29, 2020 at Piedmont Athens Regional Hospital. A native of Elberton, Mr. Webb was the son of the late Dalton and Mary Fortson Webb. Mr. Webb was preceded in death by a son-in-law, George Kramer Dye; a sister, Hazel Almond; and five brothers: William Webb, Lowell Webb, Neil Webb, Maurice Webb, and Bailey Webb. He was the husband of Carol Smith Webb, with whom he had celebrated 62 years of marriage. Mr. Webb was a veteran of the United States Army, and a member of the Elberton First United Methodist Church. He was a well-known and beloved educator, having worked as a teacher and coach in Appling County, then later returned to Elbert County to teach, coach, and eventually become a principal and Assistant Superintendent in the Elbert County School System. He dearly loved his family, and found great joy in his grandchildren. His childhood home held a very special place in his heart, and he thoroughly enjoyed his daily visit with friends at McIntosh Café. Mr. Webb graduated from Elberton High School in 1952, and from Georgia Teachers College (now Georgia Southern) in 1956. He was an outstanding basketball player, having been named as an All State player in 1952 during high school and an All American player in 1956 during his college years. In 1959, Mr. Webb was inducted into the Georgia Southern Hall of Fame, in 2010 his #22 jersey was retired, and in 2014 he was inducted into the Georgia Sports Hall of Fame. Mr. Webb enjoyed a variety of hobbies including fishing, hunting, woodworking, carpentry, and farming. His love for nature was evident as he incubated many breeds of fowl, some of which were released into nature, and others shared with family and friends. In addition to his precious wife, Carol, Mr. Webb is survived by his daughter Julia Leigh Webb Dye of Elberton, and her close friend, Terry Mills; his son, Walter Chester Webb, Jr. and his wife, Deanna (DeeDee) of St. Augustine, FL; and his grandchildren: Madison Taylor Webb, Hunter Thomas Webb, and Parker Ryan Webb. He also leaves behind his sister, Linda Banks and her husband, Marion, and his brother, Johnny Webb. A Memorial Service to celebrate Mr. Webb’s life was conducted on Monday, February 3, 2020 at 2:30 p.m. in the Elberton First United Methodist Church, with Rev. Jim McCollough officiating. A time of visitation was held just prior to the service. Private interment followed in Forest Hills Memorial Park. Memorial contributions may be made to the Elberton First United Methodist Church Hope Fund at P.O. Box 398, Elberton, GA 30635 Arrangements for Mr. Walter Chester Webb, Sr. were in the care of Hicks Funeral Home & Cremation Services of Elberton.

The family of Mr. Walter Chester Webb Sr. created this Life Tributes page to make it easy to share your memories.

Send flowers to the Webb family.