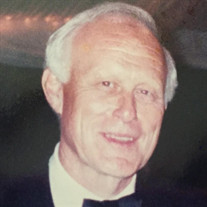 Mr. Peyton Samuel Hawes, Jr., age 80, of Elberton, GA died July 19, 2017 of cancer. Peyton is survived by his wife of 56 years, Mary; his children, David, Gregory and Taylor; his grandchildren, Peyton, Lachlan, Catherine, Alicia and Samantha; his brother, Alexander, and his sister, Mary Minor; his daughter-in-law, Rachael Ryan, and his son-in-law, Rob Buirgy. Peyton was preceded in death by a son, Peyton Samuel Hawes, III. Peyton was born in Elberton in 1937 to Peyton Samuel and Virginia Smith Hawes. After graduating from Episcopal High School in Alexandria, VA, he attended the University of North Carolina at Chapel Hill where he was a member of the Order of Gimghoul. After college, he earned his law degree from the University of Virginia, and subsequently joined the Attorney General’s office in Georgia. From 1963-66, he worked on civil rights issues during that fraught time. In 1966, he went into private practice with Jones, Bird and Howell, and in 1970, he became a founding partner of the law firm Cofer, Beauchamp and Hawes. At the same time, Peyton served as a member of the Georgia legislature, representing much of Atlanta. With 650,000 constituents, he was Chairman of the Fulton County Delegation and helped found the Urban Caucus. He also served as Chairman of the Georgia Democratic Party and was a member of the Gridiron Club. In 1974, he left the legislature and became the Fifth District member of the board of the Department of Transportation. There he worked to expand what is now the Downtown Connector and prevent an interstate from cutting through the residential neighborhoods around Emory University. In 1980, he left public service and devoted his work to his law practice. In the course of his career, he argued before the Fifth Circuit and wrote briefs for the Iran-US Claims Tribunal. Much of his later practice was on behalf of the Georgia Textile Manufacturers. Even before retiring from the law and certainly afterwards, Peyton dedicated himself to the family farm in Elberton, GA. For years he has built a home there that has bound three generations to the town he grew up in. Though he left Elberton as a young man, he made sure that it remains near and dear to his extended family. A service for family and friends from the Elberton area was held on Friday, July 28th at 11:00 a.m. at St. Alban’s Episcopal Church, with Father John Keeler officiating. Following the service, a time of reception was held at the Samuel Elbert Hotel. A celebration of life service will be held in Atlanta in the fall. The family asks that in lieu of flowers, donations be made to Episcopal High School, 1200 N. Quaker Lane, Alexandria, VA 22302. Arrangements for Mr. Peyton Samuel Hawes, Jr. were in the care of Hicks Funeral Home & Cremation Services of Elberton.

The family of Mr. Peyton Samuel Hawes Jr. created this Life Tributes page to make it easy to share your memories.

Send flowers to the Hawes family.