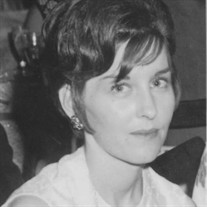 Peggy Irwin Davis died on Tuesday September 15th, 12:34 pm at her home in Colbert, Georgia. A memorial service will be held later. Peggy was born on January 28,1937 to Joe Irwin and Rosalind Ragan Irwin. She graduated from Albany High School in 1955 and moved to Atlanta, Georgia to work at Howell House, a pediatric center and to attend the Georgia Baptist Hospital School of Nursing. She met her future husband, Jack Davis, in Atlanta and they married in 1957. They had two children, Michael and Ted, who remember her as a frank, energetic and loving parent who encouraged high standards in all human endeavors. In 1964 Peggy transitioned to private practice, working in East Point, Georgia for urologists, doctors Busey and Lopez. In 1977 she joined AT&T as a Registered Nurse. As a result of her talent, intelligence and drive she rose to the demanding position of Medical Department Chief for the massive Lucent Technologies Atlanta Works in Norcross. She retired in 1999. After retirement, Peggy and Jack moved to Altha, Florida for five years, until returning to Georgia in 2004 to live in the Athens area. Peggy was an avid fan of the Georgia Bulldogs and Atlanta Falcons football teams, attending many home and away games, loyally supporting both teams during good times and bad for over a period of 50 years. Peggy enjoyed traveling with Jack to such countries as England, Germany, Italy, Ireland, Morocco, Sicily, Spain and Scotland, a particularly favorite location. Peggy will be remembered by all friends and family for her gifts of intelligence, sharp wit, and beauty. She is survived by her brothers Irwin Strickland of Leesburg, Florida, Zachary Strickland of Leesburg, Florida, and sons Michael and Ted. Arrangements for Peggy Irwin Davis are in the care of Hicks Funeral Home of Elberton, Georgia.

The family of Mrs. Peggy Jo Irwin Davis created this Life Tributes page to make it easy to share your memories.