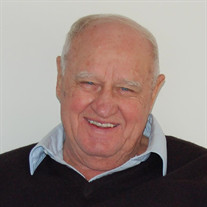 Mr. Nathan H. Acker, 93, of Elberton, Georgia passed away Thursday, September 15, 2016 in Athens Regional Medical Center. Born January 13, 1923, he was the son of the late Newton H. and Grace Taylor Acker. He was the husband of Alice Rogers Acker, having been married over 72 years. In addition to his parents, Mr. Acker was preceded in death by three sisters, Beryl Clark, Kathleen Weant, Carolyn Maxwell and one brother, Joe E. Acker. Mr. Acker is survived by his wife, Alice; his children: Dr. James D. Acker (Debbie F. Acker) of Alma, Colorado, Robert W. Acker (Debbie G. Acker) of Henderson, Nevada and Harold N. Acker of Augusta, GA; three grandchildren: James D. Acker, Jr. (Sarah C. Acker), Josh L. Acker (Amy T. Acker), and Victoria Ashley Acker; and five great-grandchildren. Mr. Acker was a Veteran of the U. S. Army Infantry in WWII, having fought in France and Germany, was wounded and awarded the Purple Heart along with other medals and the Legion of Honor from France. He worked for Metropolitan Life Ins. Co for 36 years in Elberton and Hartwell, was secretary & treasurer of the Elberton Rotary Club from 1961 to 1968, and then President from July 1968 to July 1969. He was presented the distinguished Service Award for his work in the Elberton Chamber of Commerce. Mr. Acker was one of the oldest members of the First UMC where he served on many committees. Funeral services were held at the Hicks Funeral Home Chapel on Monday, September 19, 2016 with the Rev. Joe Watson and Pastor Dennis Clark officiating. Interment followed in Forest Hills Memorial Park with Military Honors. In lieu of flowers, memorial contributions may be made to First United Methodist Church, P.O. Box 398 Elberton, GA 30635. Arrangements for Mr. Nathan H. Acker were in the care of Hicks Funeral Home & Cremation Services of Elberton.

Mr. Nathan H. Acker, 93, of Elberton, Georgia passed away Thursday, September 15, 2016 in Athens Regional Medical Center. Born January 13, 1923, he was the son of the late Newton H. and Grace Taylor Acker. He was the husband of Alice Rogers... View Obituary & Service Information

The family of Mr. Nathan H. Acker created this Life Tributes page to make it easy to share your memories.

Send flowers to the Acker family.