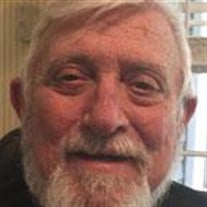 Mr. Milton Sidney Fortson Jr., 75, of Marietta, a native of Elberton and formerly of Sandy Springs, passed away on Friday, Oct. 16, 2015, at his home. Mr. Fortson was born in Elberton on Oct. 7, 1940 to the late Milton S. Fortson, Sr. and Elizabeth Jane Mattox Fortson. He graduated as a senior class speaker from Elbert County High School in 1959, completed Emory-at-Oxford College in 1961 and graduated from Emory University with a degree in Business Administration in 1963. He was a member of The Kappa Alpha Order at Emory. He spent his entire career working as an accountant for The Coca- Cola Company in Atlanta. He also served his country as a member of the Georgia National Guard. Mr. Fortson was active in sports all of his life, as a participant, coach and spectator. In high school, he was a member of state championship teams in both basketball and tennis. He was elected Most Outstanding Athlete in his class at Emory-at-Oxford. One of his favorite trips for many years was with a group of volunteer athletes to compete against inmates at the Atlanta Penitentiary. After his competitive playing years were over, Mr. Fortson coached youth teams in various sports, including baseball and basketball. He also served as an administrator of Little League Baseball. Left to cherish his memory are his children, Tricia Reily of New Orleans, Louisiana; Gregory Fortson of Marietta; and Andrew Fortson of Houston, Texas. He is also survived by his beloved grandsons, Braden Fortson of Marietta, and Daniel Fonseca of New Orleans. Mr. Fortson is also survived by his sister, Mary Lovelace Fortson Johnson (Herman) of Chamblee and his nephew Gary Johnson (Melissa) and their son Taylor. A memorial service celebrating the life of Mr. Milton Sidney Fortson, Jr. was held on Sunday, Oct. 25, at 2 p.m. at Doves Creek Baptist Church in Elberton. Inurnment followed in the church cemetery, where many generations of Mr. Fortson’s ancestors are laid to rest. Memorials in honor of Mr. Fortson may be made to the Doves Creek Baptist Cemetery Fund, 1971 Athens Highway, Elberton, GA 30635. Local arrangements were handled by Hicks Funeral Home and Cremation Services in Elberton. Online condolences may be expressed at www.csog.com.

Mr. Milton Sidney Fortson Jr., 75, of Marietta, a native of Elberton and formerly of Sandy Springs, passed away on Friday, Oct. 16, 2015, at his home. Mr. Fortson was born in Elberton on Oct. 7, 1940 to the late Milton S. Fortson, Sr. and... View Obituary & Service Information

The family of Mr. Milton Sidney Fortson Jr. created this Life Tributes page to make it easy to share your memories.

Send flowers to the Fortson family.