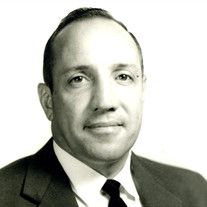 K. Lee “Chunk” Atkinson, of Elberton, Georgia passed away Friday, February 5, 2016, at the Brookdale Memory Care Unit in Hartwell, GA. Coach Atkinson was born in Elberton, Georgia, on April 23, 1923, the middle child of the late Mr. and Mrs. Hop Atkinson. Coach Atkinson is survived by his daughter, Ann Atkinson of Seacrest, FL and Asheville, NC; his brother, Vernon Atkinson of Elberton; his brother-in-law, Harold Bailey of Atlanta plus numerous nieces and nephews. His wife, Elizabeth Atkinson, preceded him in death, August, 2013. For thirty years, Coach Atkinson was an on-going inspiration to the youth of Elbert County. Through his leadership as head football coach and as school superintendent, he inspired his players and students to live a useful and productive life as good citizens. On June 9, 2007, his former football players, teachers and students from around the globe gathered to honor Coach Atkinson. The Elbert County Board of Education named the playing field of the Granite Bowl football stadium, Atkinson Field, by erecting a five foot black marble marker, honoring Coach Atkinson and his achievements, at the stadium. Mr. Atkinson grew up in Elbert County, played football for the Blue Devils, became a Lieutenant in the U.S. Navy Airforce during WWII, and played football (starting guard) in the Navy under Coach Bear Bryant with Otto Graham as quarterback. After the war, with a scholarship, he returned and graduated from Furman University and became the head coach of the Blue Devils in 1948. In 1956, he was named Coach of the Year in Region 4-A football and again in Region 4-AA in 1962 by the Georgia Athletic Coaches Association. He received his Master’s Degree in School Administration from the University of Georgia. Coach Atkinson’s primary focus in life was on his immediate family and the education of the students in Elbert County. As Superintendent of Elbert County Schools, he facilitated construction of the Elbert County Comprehensive High School---the first school ever to be built without support from increased taxes. Known as “the motivator” for Elbert County football squads for 18 years, he provided the connection between football and life that prepared young men for adulthood. His philosophy was “winning championships is a fine thing and naturally any team enjoys that, but perhaps the greatest challenge is to instill in a boy the qualities and the desire of true manhood.” Following his distinguished career in education, he went on to a successful second career in the granite industry. As an avid animal lover, he fed a group of feral cats near the granite office for more than 10 years. A celebratory service honoring Coach Atkinson’s life was held at 12:00 p.m. on Thursday, February 11, 2016 at First Baptist Church on Heard Street in Elberton, Georgia with Rev. Gary Purvis and Rev. Dr. Ann Atkinson officiating. Former football players served as Honorary Pallbearers.The family received friends immediately after the service at the ROC of the First Baptist Church. IN LIEU OF FLOWERS, THE FAMILY REQUESTS THAT DONATIONS BE MADE TO, THE LEE and ELIZABETH ATKINSON SCHOLARSHIP FUND FOR ELBERT COUNTY HIGH SCHOOL SENIORS, C/O KEN SANDERS, CPA, P.O. BOX 957, ELBERTON, GA 30635. You may express condolences to the family at www.hicksfuneral.com. Arrangements for Coach Lee (Chunk) Atkinson were in the care of Hicks Funeral Home of Elberton.

The family of Coach Lee Atkinson created this Life Tributes page to make it easy to share your memories.

Send flowers to the Atkinson family.