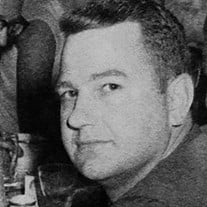 Jack W. Davis BORN: May 22, 1937 DIED: June 22, 2018 Jack W. Davis died at 7:30 am at his home in Colbert, Georgia. A private ceremony for the family was held on Friday, June 29, 2018, and a memorial service will be held at a later date. Jack was born on May 22, 1937 to Obe and Marie Davis of Elberton, Georgia. He graduated from Elbert County High School in 1955 and moved to Atlanta, Georgia to attend the Georgia State College of Business Administration (later Georgia State University). He met his future wife, Peggy Irwin, in Atlanta in 1956 and they married in 1957. They had two children, Michael and Ted, who remember him as a witty, dynamic professional and as a loving father. Jack began working in management for Western Electric in 1956 and retired from AT&T Long Lines in 1989. His tenure included extended engagements in such places as Saudi Arabia. After retirement in 1989, Jack and Peggy moved to Altha, Florida for five years until returning to Georgia in 2004 to live in the Athens area. Jack was an avid fan of the Georgia Bulldogs and Atlanta Falcons football teams, attending many home games and loyally supporting both for over 50 years. Jack enjoyed traveling with Peggy to such places as Africa, the Caribbean, China, Denmark, England, Germany, Hawaii, Hong Kong, Ireland, Italy, Scotland, Spain, Thailand and so on. Jack will be remembered for his open and friendly nature and was truly loved by all that knew him. He is survived by his wife Peggy, his sisters Frances, Jane and Joyce of Elberton, and sons Michael and Ted as well as nephews and nieces.

The family of Mr. Jack W. Davis created this Life Tributes page to make it easy to share your memories.