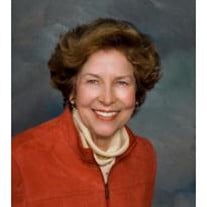 Helen Lynch Turner, 79, of 120 Forest Avenue, Elberton, widow of Lt. Col. Kelly Cox Turner, Sr., died on Tuesday, June 22, 2010 at her home. Born on September 18, 1930 in Gainesville, Georgia, she was the daughter of the late Albert Durant and Blanche Terry Lynch. She was the owner of Savannah Valley Land Company and a member of the Elberton First Presbyterian Church. In addition to her parents, she is preceded in death by her husband, Lt. Col. Kelly Cox Turner, Sr. and granddaughter, Lauren Marie Turner. Survivors include her daughters and son-in-law, Terry Turner Bradshaw, Lee Turner, and Nancy T. and Wayne Childs; sons, Kelly Cox “Casey” Turner, Jr., and Michael Turner, all of Elberton; and grandchildren, Sgt. Nathan Edwards of El Paso, Texas, Melissa Edwards of Phoenix, Arizona, Kelly Ray Turner of Makakilo, Hawaii, Ellen Kate Turner of Salisbury, Maryland, Gracie Childs, Lily Childs, both of Elberton, and great-grandson Tyler Edwards of El Paso, Texas. Funeral services will be held on Saturday, June 26, 2010 at 2PM from the Chapel of the Hicks Funeral Home with Reverend Bill Mounts officiating. Interment will follow in Elmhurst Cemetery. The body is at the funeral home where the family will receive friends from 6-8PM Friday night. At other times, the family will be at the residence of Nancy & Wayne Childs, 356 Heard Street, Elberton. Flowers will be graciously accepted or you may make donations in her honor to your preferred charity. Hicks Funeral Home is in charge of arrangements for Helen Lynch Turner

The family of Helen Lynch Turner created this Life Tributes page to make it easy to share your memories.

Send flowers to the Turner family.