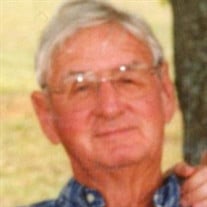 Mr. Harold Carl Greenway, 92, of Elberton, passed away Saturday, November 24, 2018 at his home. A native of Elbert County, Mr. Greenway was the son of the late William Carl and Nettie Teasley Greenway. In addition to his parents, he was preceded... View Obituary & Service Information

The family of Mr. Harold Carl Greenway created this Life Tributes page to make it easy to share your memories.

Send flowers to the Greenway family.