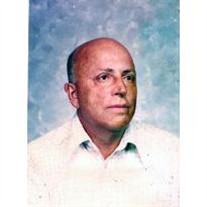 Mr. Ernest L. “Ernie” Peghiny, age 84, formerly of Elberton, passed away on April 24, 2009 in Winter Park, FL. Ernie was born in Elberton, GA on December 9,1924. Son of Ernesto Peghiny and Bertha Thornton Peghiny of Elberton. During boyhood he resided with his mother and 2 younger brothers at the home of his grandparents, Frank and Carlotta Thornton,on Railroad Street. He attended the elementary grades at the Stevens School on Tate Street and then attended High School on College Avenue where he graduated with the class of 1941. During this time he delivered the Atlanta Journal to homes on his bicycle, and then became an usher at the newly built Elbert Theatre and at the older Strand Theatre on the square. Later he became projectionist at both locations. World War II found him in the Army Air Corps at Scott Field Ill, and at Biloxi, MS where he trained as a Radioman/Gunner on bombers, becoming a Staff Sergeant. Flight training was at Drew Field in Tampa, FL where he was aboard two aircraft which were involved in crashes. Luckily escaping injury in the first crash, he was seriously injured in a second B-17 during take-off that crashed through trees and a house adjacent to the airfield. He was treated at the local base hospital and later transferred to Valley Forge Military Hospital in Pa. where he remained for 16 months recovering from severe burns. After discharge he returned to Elberton and resumed his projectionist job at the Elbert Theatre. During this period, he also played for the Elberton Baseball team and was well known for his pitching, affectionately being called “Lefty”. The Pittsburgh Pirates baseball team twice asked him to attend their farm club during this period. Later, in the 1950’s, he attended Georgia Tech in Atlanta and studied Electronics Engineering, graduating in 1955. He first worked in Rome GA for the General Electric Company designing large power transformers, and later accepted a position with RCA as an electronics design engineer at Cape Canaveral in FL. He married Bobby Howell of Rock Branch and moved to Melbourne, FL where he remained for most of his career. During this period he designed pedestals to radars, telescopes and lasers and antenna mounts to track missiles and satellites which were launched both at the Cape and by other countries. Extensive travel was involved in his work and he traveled to dozens of countries and islands supervising the tracking systems for each launch. He would frequently tell of his exciting visit to the mountains in Iran where a U.S. site was involved in detecting Russian missile launches. Following “retirement” he moved to Satellite Beach, FL and consulted many years in tracking large missiles and shuttles during launches at the Cape. Due to failing health, he recently moved to Winter Park, FL to be near his four children who loved him dearly, Melanie Sabino, Patricia McDaniel, Lynn Mells, and Ernest Peghiny,Jr., all of whom live in the Winter Park, FL area. He is also survived by two brothers, Roger Albanese of Elberton, and James Peghiny of Auburndale MA. Also grandchildren, Ryan Thompson, Sophia Sabino,Erin Sorensen, Johnny Sorensen, Robby McDaniel, Lauren Mells, Alexis Peghiny and Ernie Peghiny III. Also daughter-in-law Lisa Peghiny and son-in-law Mitch Mells. Graveside funeral services will be held Wednesday, April 29, 2009, 6:00 PM at Elmhurst Cemetery. Rev. Jeff Willis of Van’s Creek Baptist Church officiating. The family will receive friends and family Wednesday, 4:00 – 5:30 PM at the funeral home prior to the service. Hicks Funeral Home is in charge of arrangements for Mr. Ernest L. “Ernie” Peghiny

The family of Ernest L. Peghiny created this Life Tributes page to make it easy to share your memories.

Send flowers to the Peghiny family.