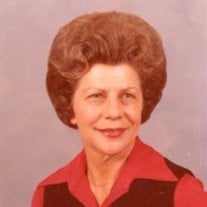 Mrs. Elizabeth Bailey Atkinson, of Elberton, Georgia passed away suddenly, Friday, August 16, 2013 at her daughter’s home in Atlanta. Elizabeth was born in Hartwell, Georgia on December 3, 1924 the child of the late Mr. and Mrs. Eber Bailey. Elizabeth is survived by her husband, (Coach) Lee Atkinson; her daughter, Ann Atkinson; her sister, Virginia Parham of Athens, Georgia; her brother, Harold Bailey of Atlanta, Georgia; plus numerous nieces and nephews. Elizabeth devoted her entire life to the care of her immediate family and was tireless in her efforts to provide a loving, safe and comfortable environment. For over thirty years, she was a substitute teacher in the Elbert County Schools and was an avid supporter of education. Known as “the team mother” for Elbert County football squads for 18 years, she provided that motherly connection during football camps and seasons. As requested, former football players sat behind the Pallbearers in front of the church and served as Honorary Pallbearers. A celebratory service honoring Elizabeth’s life was held at 2:00 p.m. on Thursday, August 22, 2013 at First Baptist Church on Heard Street in Elberton, Georgia with Doctor Marshall Tribble and Reverend Gary Purvis officiating. The family received friends immediately following the service in The ROC of the First Baptist Church. Entombment was at Elmhurst Cemetery. In lieu of flowers, the family requests that donations be made to The Lee and Elizabeth Atkinson Scholarship Fund for Elbert County High School Seniors c/o Ken Sanders, CPA, P. O. Box 957, Elberton, Georgia 30635. You may express condolences to the family at www.hicksfuneral.com. Arrangements for Mrs. Elizabeth Bailey Atkinson were in the care of Hicks Funeral Home of Elberton.

The family of Mrs. Elizabeth Bailey Atkinson created this Life Tributes page to make it easy to share your memories.

Send flowers to the Atkinson family.