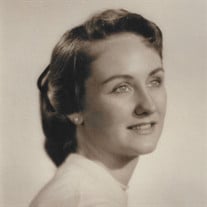 Mrs. Elaine “Lanie” Myers, 78, of Elberton, Georgia passed away peacefully at home on Tuesday, July 18, 2017 surrounded by her family. Mrs. Myers was born in Elberton to the late Lester McCurdy Lunsford and Evelyn Wellburn Lunsford. She was the wife of David Daniel Myers, having just recently celebrated over 55 years of marriage together. Mrs. Myers was a member of the First United Methodist Church of Elberton, and an active member of the Mary Freeman Sunday School Class. Mrs. Myers will always be loved and remembered as a devoted mother, grandmother, homemaker, and wife. Mrs. Myers was a graduate of the 1957 class at Elbert County High School, where she was selected and honored as “Miss Blue Devil” her senior year. She then went on to receive a business degree from GSCW in Milledgeville. She first worked here at Bicknell Manufacturing Co. with her father before moving to Winter Haven, Florida where she became employed with the Winter Haven News Chief in advertising sales. She later went on to become a legal secretary before moving with her newlywed husband to Winter Park, Florida. She then became employed with the Aloma United Methodist Church as a financial secretary, and later became employed as an executive secretary at the University of Central Florida. In addition to her husband, David Myers, Mrs. Myers is survived by two daughters: Lesley Paige Vegosen and her husband, Larry, of Altamonte Springs, Florida, and Kristen Lynn Tibbetts and her husband, Tom, of Honolulu, Hawaii. She also leaves behind three grandchildren: Ryan Vegosen, Nathan Tibbetts, and Annika Tibbetts; and a cousin, Julie Willson Husler. A service to celebrate Mrs. Myers’ life was held at 11:00 a.m. on Friday, July 21, 2017 at First United Methodist Church of Elberton, with Rev. Jim McCollough and Col. Tom Tibbetts officiating. Interment followed in Elmhurst Cemetery with Col. Tom Tibbetts, Nathan Tibbetts, Larry Vegosen, Ken Husler, Ray Cann, and Tom Denney serving as pallbearers. Honorary pallbearers included Allen McGarity, Jim Purcell, and Jeff Cann. A time of visitation was held on Thursday, July 20, 2017 from 6:00-8:00 p.m. at Hicks Funeral Home in Elberton. Memorial contributions be made to the First United Methodist Church Building/Organ Fund, P.O. Box 398, Elberton, GA 30635. Arrangements for Mrs. Elaine “Lanie” Myers were in the care of Hicks Funeral Home & Cremation Services of Elberton.

The family of Mrs. Elaine "Lanie" Myers created this Life Tributes page to make it easy to share your memories.

Send flowers to the Myers family.