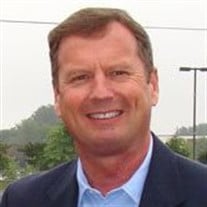 Dennis A. Pitts, Hall County’s first Republican commissioner, died peacefully on Saturday, May 24th, on the Pitts family farm in Oglethorpe County, Georgia. Dennis was surrounded by his wife, Jane Pirkle Pitts; his parents, Polly Algood and Bobby Lee Pitts; his siblings Mike and Michelle Pitts, Debbie and Ted Hansford, Robert and Patti Pitts, and Lisa Teague; multiple nieces and nephews; and his best friend, Georgia Lt. Gov. Casey Cagle. He was 58. Following his graduation from Johnson High School in 1973, Dennis became the President and CFO of Minit Save Food Stores and Pitts Management Company. In 1994, Dennis made history by becoming the first Republican elected to the Hall County Board of Commissioners, where he proudly served Hall County for two terms. After an illustrious career in real estate, Dennis returned to public service by joining the office of Lt. Governor Cagle in 2007 as the North Georgia field representative. He was eventually named the Lt. Governor’s Chief Economic Development Officer. Dennis’ commitment and love for public service was obvious to all who met him. Even in his final days, he insisted on making sure he cast his vote in the Georgia Primary Elections. Dennis was an avid outdoorsman, committing most of his free time to hunting, fishing, running, swimming, and cycling (including riding 55 miles on his 55th birthday). He took many of his nephews on their first successful deer hunts, and he returned to cycling even during his treatments. He will forever be remembered for his legendary wit and humor that persevered throughout even the toughest of times. Dennis was a member of First Baptist Church of Gainesville, and loved being a part of the Angler’s Sunday School Class. The family received guests for a memorial service at 978 Arnold Caldwell Rd., Carlton, GA 30627 on Monday, May 26th, at 10:00am. In lieu of flowers, the family requests that contributions be made to the Winship Cancer Institute of Emory University, Office of Gift Records, Emory University, 1762 Clifton Rd. NE, Suite 1400, Atlanta, GA 30322; or to the Emory Transplant Center online at www.emoryhealthcare.org/transplant-center. Online condolences may be expressed to the family at www.hicksfuneral.com Hicks Funeral Home of Elberton is honored to be serving the family of Mr. Dennis Alan Pitts.

The family of Mr. Dennis Alan Pitts created this Life Tributes page to make it easy to share your memories.