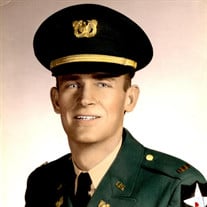 Mr. Charles Astor Reagin, 84, of Comer, passed away Sunday, July 26, 2020 at home. A native of Point Peter, Georgia, he was the son of the late William Astor and Evelyn Gunter Reagin. Mr. Reagin was also preceded in death by his wife, Sue... View Obituary & Service Information

The family of Mr. Charles Astor Reagin created this Life Tributes page to make it easy to share your memories.

Send flowers to the Reagin family.