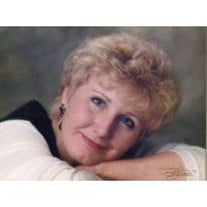 Mrs. Bonnie Kathleen Logan Kinney, age 60 of Rockmart passed away on Wednesday, September 21, 2011. Mrs. Kinney was born on July 11, 1951 in Newnan GA, daughter of James Logan and the late Bobbie Logan. Her sister, Sue Ellen was born in 1956. While in Newnan, she and her family attended the First Baptist Church. Bonnie was active in the children’s, junior, youth and hand bell choirs. The family moved to Rome in 1967 where Bonnie attended West Rome High School until 1969. Her family moved to Calhoun her senior year where she graduated. While in high school, she was a member of the Georgia All-State Chorus for four years and a member of the USA Chorus of 1967 where she traveled to Europe and participated in concerts in seven countries. After high school, she completed her Associate in Music in 1971 and went on to complete a Bachelors in Music Education at the University of Georgia, graduating in 1973. Mrs. Kinney was the chorus teacher for the Rockmart Junior and High Schools for twenty-one years. In 1984, Bonnie became the choir director at the Rockmart First United Methodist Church. After marrying Charles Kinney in 1996, they moved to Summerville. After three years in Summerville, Charles’s job led them to Elberton, GA. Bonnie continued to teach music where she began the choral program at Elberton High School. She retired from teaching in 2005, but went on to organize the Elberton chorale. In 2006, they moved back to Rockmart where she taught preschool at the Rockmart First United Methodist Church for two years and was invited back by her beloved church to return as music director. She directed the Chancel, Youth, Children’s and Hand Bell Choirs until her passing. Survivors include her husband, Charles Kinney of Rockmart; son, Jeff Carlton and his wife Tammy of Rockmart and their children, Logan, Tillman and Laney Beth; step-son, Thad Kinney and his wife Sheila of Cedartown and their son Rhett; father, James Logan of Cedartown; and sister, Sue Colston of Rome. Funeral services for Mrs. Kinney will be held on Friday, September 23rd at 7:30 p.m. in The Arts Center Theatre, 116 East Elm St., Rockmart GA 30153 with Rev. David Autry officiating. The family will receive friends at the Arts Center Theatre on Friday from 5:00 p.m. until the funeral hour. Please visit www.freemanharrisfunerals.com to extend your personal condolences to the family by signing the online guestbook. Freeman Harris Funeral Home is in charge of the funeral services for Mrs. Bonnie Logan Kinney. Courtesy of Hicks Funeral Home, Elberton, Ga.

The family of Bonnie Logan Kinney created this Life Tributes page to make it easy to share your memories.

Send flowers to the Kinney family.