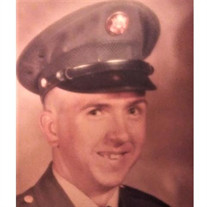 Mr. Billy Joe Newton, 71, of Elberton, Georgia passed away Sunday, December 20, 2020 at his residence with his family at his side. Mr. Newton was a native of Greer, South Carolina, son of the late Bobbie Newton. He was the husband of Marlene Haggerty Newton, with whom he had celebrated over 24 years of marriage. Mr. Newton was a veteran of the United States Army, having served his country during the Vietnam War, and later in the National Guard. He worked in the construction business, but in his free time he enjoyed hunting, fishing, woodworking, and walks on the beach whenever possible. Mr. Newton was raised in the home of his aunt and uncle, Orin and Ellen Bowman, along with his cousins which he considered to be his brothers: Mike, Dale, Johnny, Dean, and Orin Bowman Jr. Survivors include his wife, Marlene Newton; three sons: William “Little Billy” Newton, Charles “Clethen” Hulett, and Robert Joseph Newton; two daughters, Alisha Gale Newton Norris and Georgia “Renae” Singleton; 13 grandchildren; and four great-grandchildren. He also leaves behind three sisters: Joyce Newton, Susan Rogers, and Rhoda Rainey; and six brothers: Pete Newton, Ray Lister, Jimmy Lister, Larry Lister, John “Bo” Lister, and William Lister. In addition to his mother, Mr. Newton was also preceded in death by his siblings: Diane Newton, Timothy Lister, Matthew Lister, and Mickey Bowman. A service to celebrate Mr. Newton’s life was held on Wednesday, December 23, 2020 at 3:00 p.m. in The Chapel of Hicks Funeral Home, with Rev. Gary Purvis officiating. A time of visitation for family and friends was held on Tuesday evening at Hicks Funeral Home & Cremation Services. Interment was on Thursday morning, December 24 ,2020 at 9:00 a.m. at Forest Hills Memorial Park. James Earl Singleton, James Michael Singleton, Eric Shayne Alley, Charles “Clethen” Hulett, Clethen Thomas Hulett, and Anthony Bagwell served as pallbearers. Memorial contributions may be made to the Wounded Warrior Project at P.O. Box 758516, Topeka, KS 66675 (or online at support.woundedwarriorproject.org). Arrangements for Mr. Billy Joe Newton were in the care of Hicks Funeral Home & Cremation Services of Elberton.

Mr. Billy Joe Newton, 71, of Elberton, Georgia passed away Sunday, December 20, 2020 at his residence with his family at his side. Mr. Newton was a native of Greer, South Carolina, son of the late Bobbie Newton. He was the husband of Marlene... View Obituary & Service Information

The family of Mr. Billy Joe Newton created this Life Tributes page to make it easy to share your memories.

Send flowers to the Newton family.